OF LOVE, INCLUSION, AND ENTREPRENEURSHIP – AN INTERVIEW WITH KALYANI KHONA

The latter question prompted Kalyani to approach a couple of matrimonial portals with another question – “Why aren’t you doing anything to help the differently-abled find love?” After she was met with a disappointing response, Kalyani decided to take the leap of faith, and established Wanted Umbrella in 2014 – which was a matchmaking boutique for the differently-abled. Just when Kalyani

We caught up with this young and brilliant entrepreneur to get a sneak peek into her entrepreneurial journey:

How did you raise the funds for your start-up?  Any piece of advice on fund-raising?

We launched Inclov in January 2016. When Shankar (co-founder) and I decided to turn Wanted Umbrella(WU) into an app, we decided to crowd-fund, and we raised a whopping half million rupees. Crowd-funding also helped us tap our initial beta users who willingly came forward to test the product and give feedback. ‘Getting a seed funding’ is not the only solution to your financial woes, especially when you’re just starting up. I started Wanted Umbrella (WU) with the basic resources that I had. What I am saying is, don’t give up if you’re having a tough time getting funded. There comes a stage in the life of every start-up where one cannot scale-up without VC funding. Until then, fight it out, bootstrap, crowd-fund, show success, and let your work talk for itself. We only received our first round of VC funding in August 2016, after our first success story and after having around 4,000 downloads of the app!

Don’t give up on your ambition too soon.

How important is it to have a co-founder?

Well, I am not really a people’s person and I can work well in isolation.  I’d literally cringe at the thought of having a co-founder and it’s not like I went looking for a co-founder at start-up and networking events. Shankar was already my friend, and one day he called me and told me that he wanted to work with me on WU. He’d been the first person with whom I had shared the idea, so I really didn’t have to give this a second thought. It’s only when he came onboard, did I realise what I was missing out on! Our wavelengths match and it’s been fun working with him. The distribution of work is a relief, but apart from that, a co-founder opens your mind to more possibilities, which can take your start-up to new heights. Also, it’s extremely important to have the right team that shares the same values and goals and drives you towards your objective. My team always has my back and I couldn’t have been more grateful.

You need a ‘blended model’

Technology can help you build gaps that your offline model can’t. The objective behind establishing a model like this was to help people find love. When I was working on the offline model, I was the one who was finding love for them but ideally, the power should have been in their hands. The existing services in the matchmaking space are not designed to suit the requirements of the differently-abled people, so it was important to develop a platform that gives them an opportunity to meet potential partners. In addition to transferring power in the hands of the users, the app also employs methods of matching individuals based on their level of independence, cure availability, medication, and instruments used. We’ve integrated numerous features and the technology has helped us achieve what the offline model could not.

Most of our legal registration was pending until the app was launched in 2016, which was quite a risky situation to be in. Had we delayed it further, we could have gotten into serious trouble. We made the mistake of not taking our lawyer and ourselves seriously. I sincerely hope that entrepreneurs take themselves and their lawyers and CAs seriously.

You don’t need a swanky office to launch your business

When we launched the app in January 2016, we were working out of a home-office. Not having an office set-up didn’t deter us from achieving what we wanted to achieve. We literally launched the app out of a Starbucks! We had created enough buzz on social media and through word-of-mouth, so when the app was launched, we were receiving congratulatory messages and positive feedback from everyone! The former further motivated us to keep working on our product and take it to a larger audience base.

What’s your take on leveraging social media? How has it helped your start-up?

Well, our first round of funding was through Wishberry, and we wouldn’t have been able to do attract funds had it not been for social media. We engaged with our first set of users through social media and still count on it to engage with our users. So, it would be safe to say that social media has played a vital role in our growth. In addition to this, I would like to say that we’ve been lucky to have received tremendous support from the press. ‘Wanted Umbrella’ got featured in a leading national daily on the very first day of its operations and the coverage opened many doors for the agency. I’d like to say that having a good PR network can make things easier and a lot quicker!

If you were to start-up again, what would you do differently?

I was the only one running the show until Shankar joined me in 2015. It has taken me and the team more than three years to grow from Wanted Umbrella to Inclov 2.0, which is the second version of the app. I wish I’d understood the power of people a little earlier in my growth curve, so that I could have fastened the learning process.

Around 50 percent of Inclov’s users are without disabilities and they love the experience of finding love differently. Two of Inclov’s members tied the knot this month and Kalyani is certainly on cloud number nine. She wants to take Inclov to people from across the globe and is soon headed to the US to explore new opportunities. Here’s wishing Kalyani and Inclov more power and immense success!

If you’re someone who’s looking for love, download Inclov (Inclusive Love) from play store  right away and give a chance to finding love with a difference. If you know any differently abled person who’s looking for love, please ask them to sign up on Inclov immediately! You can log on to www.inclov.com to know more about Inclov and its latest endeavour – Social Spaces.

I'm a social media marketing expert and coach on a mission to help women entrepreneurs build an online business. I am the founder of Womenpreneur Academy - an online community for women in business. 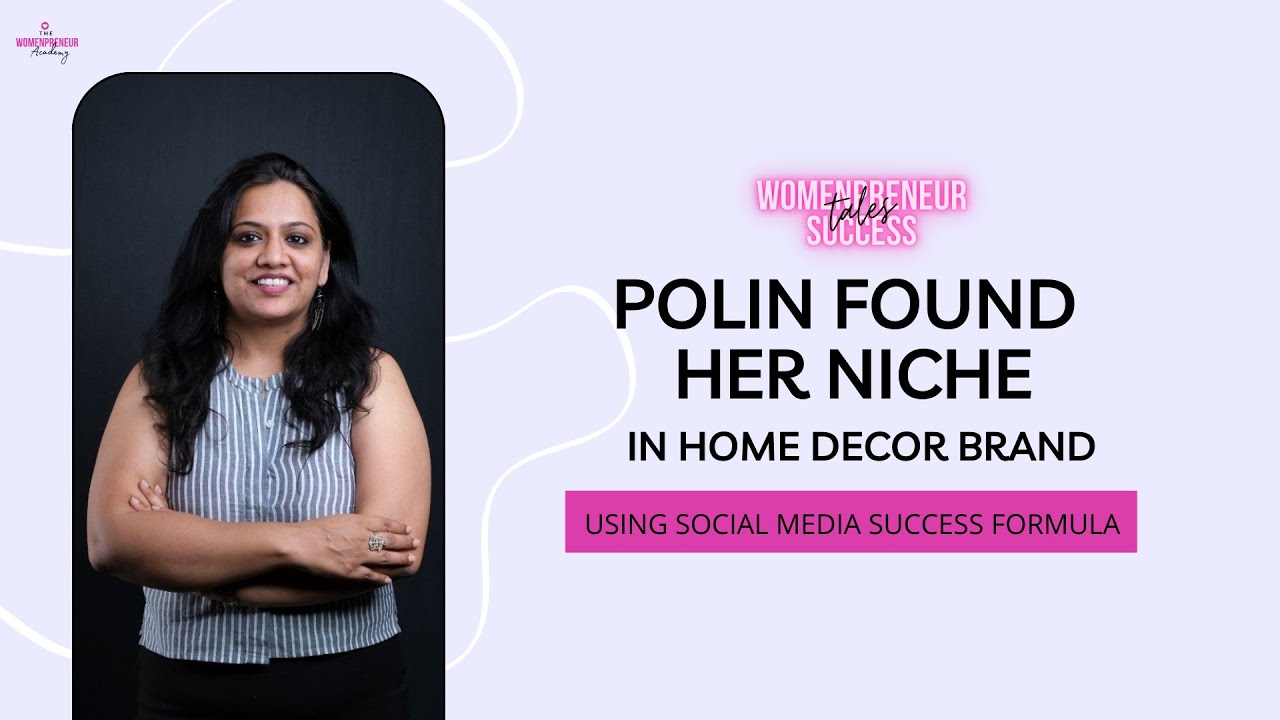 Polin started her business during the covid time just like everyone coming up online. She had put her soul and heart into her business... 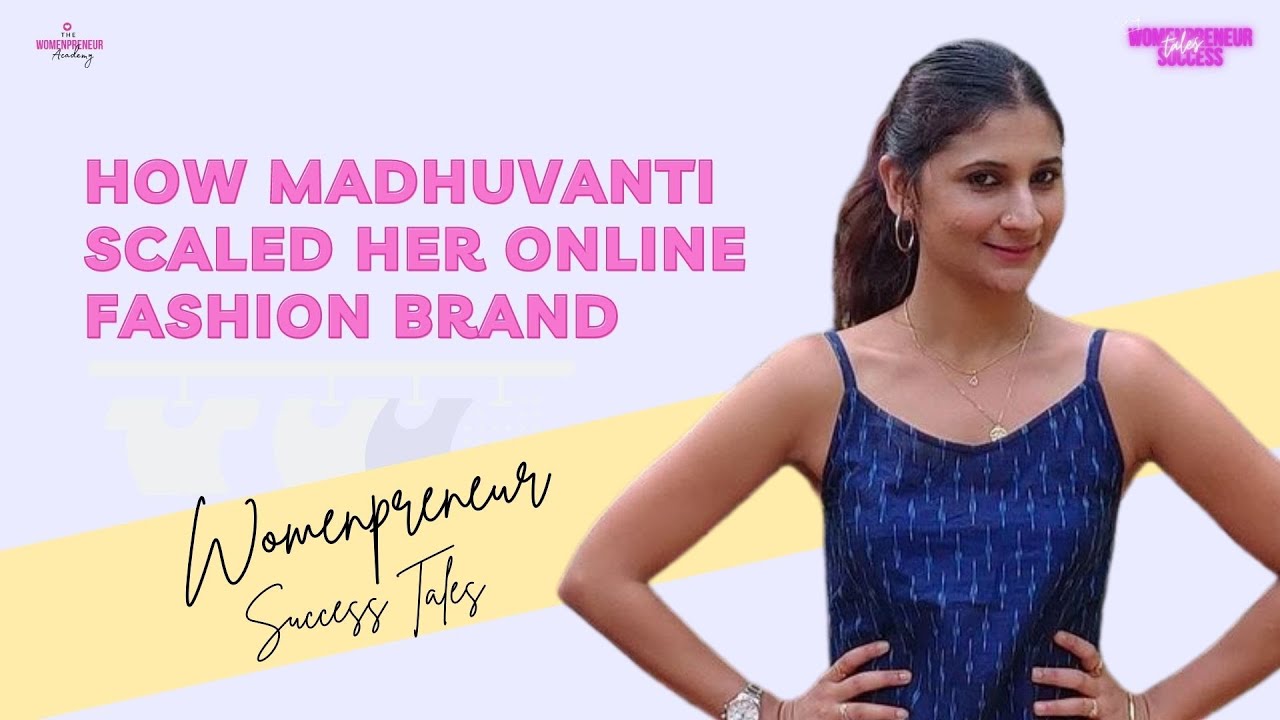 Madhu shares how she took her one-woman business online and won over her customers through personalized services and her creativity. ...